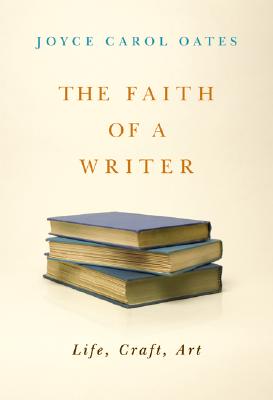 A tribute to the brilliant craftsmanship of one of our most distinguished writers, providing valuable insight into her inspiration and her method

Joyce Carol Oates is widely regarded as one of America's greatest contemporary literary figures. Having written in a number of genres -- prose, poetry, personal and critical essays, as well as plays -- she is an artist ideally suited to answer essential questions about what makes a story striking, a novel come alive, a writer an artist as well as a craftsman.

In The Faith of a Writer, Oates discusses the subjects most important to the narrative craft, touching on topics such as inspiration, memory, self-criticism, and "the unique power of the unconscious." On a more personal note, she speaks of childhood inspirations, offers advice to young writers, and discusses the wildly varying states of mind of a writer at work. Oates also pays homage to those she calls her "significant predecessors" and discusses the importance of reading in the life of a writer.

Oates claims, "Inspiration and energy and even genius are rarely enough to make 'art': for prose fiction is also a craft, and craft must be learned, whether by accident or design." In fourteen succinct chapters, The Faith of a Writer provides valuable lessons on how language, ideas, and experience are assembled to create art.