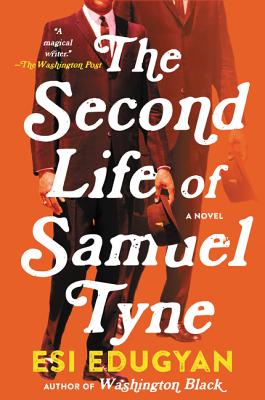 The first novel from the acclaimed author of Washington Black—an exploration of explores the sweep of history, the binds of blood, the challenges of middle age, and the pain of exile, witnessed through the experiences of one family whose hope blinds them to threatening forces that could tear them apart.

It is 1968 and Samuel Tyne has lived in exile in the chaotic New World for more than a dozen years. Born in Ghana, educated at Oxford, Samuel was expected to accomplish great things. But the middling government employee fears he has fallen short of that promise. When he inherits a crumbling mansion in the small, provincial town of Aster, Canada, he packs up his protesting family, believing that he has been offered a fabled second chance—and this time, he will not fail.

An all-white enclave that was originally settled by freed slaves and runaways from America, the idyllic Aster feels like a miracle. But as time passes, Samuel begins to see the town is not the haven he hoped: riven by political infighting, a community resistant to change, and most disturbing, a number of mysterious fires that have put the townsfolk on edge. His family, too, begins to splinter. Stubbornly clinging to his ambitious dreams, Samuel finds the successful life he’s struggled to build is disintegrating around him, and a dark current of menace in the town is turned upon his family—that they may be too powerless to fight.

A graduate of Johns Hopkins University and the University of Victoria, Esi Edugyan was raised in Calgary, Alberta. She is also the author of Half-Blood Blues, Dreaming of Elsewhere, and Washington Black, which was shortlisted for the Rogers Writers’ Trust, and Man Booker Prizes, and won the 2018 Scotiabank Giller Prize. She has held fellowships in the US, Scotland, Iceland, Germany, Hungary, Finland, Spain, and Belgium. She lives in Victoria, British Columbia.

“Both familiar and exotic, The Second Life of Samuel Tyne is...a moving and brilliant novel.” — David Adams Richards, author of Mercy Among the Children

“A beautifully rendered and haunting look at personal longing and family obligations.” — Booklist

“Written with an assured hand, Edugyan’s graceful narrative belies the underlying menace that permeates her story.” — The Seattle Skanner