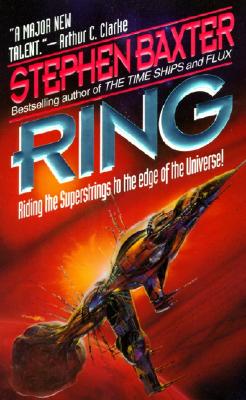 This is book number 4 in the The Xeelee Sequence series.

Michael Poole's wormholes constructed in the orbit of Jupiter had opened the galaxy to humankind. Then Poole tried looping a wormhole back on itself, tying a knot in space and ripping a hole in time.

It worked. Too well.

Poole was never seen again. Then from far in the future, from a time so distant that the stars themselves were dying embers, came an urgent SOS--and a promise. The universe was doomed, but humankind was not. Poole had stumbled upon an immense artifact, light-years across, fabricated from the very string of the cosmos.

The universe had a door. And it was open...

Stephen Baxter is an acclaimed, multiple-award-winning author whose many books include the Xeelee Sequence series, the Time Odyssey trilogy (written with Arthur C. Clarke), and The Time Ships, a sequel to H. G. Wells's classic The Time Machine. He lives in England.