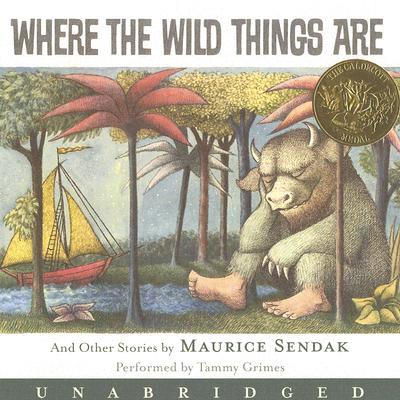 Maurice Sendak's Caldecott Medal-winning picture book has become one of the most highly acclaimed and best-loved children's books of all time. A must for every child's bookshelf.

This iconic story has inspired a movie, an opera, and the imagination of generations. When Max dresses in his wolf suit and causes havoc in the house, his mother sends him to bed. From there, Max sets sail to an island inhabited by the Wild Things, who name him king and share a wild rumpus with him. But then from far away across the world, Max smells good things to eat...

Mary Pols of Time magazine wrote that "what makes Sendak's book so compelling is its grounding effect: Max has a tantrum and in a flight of fancy visits his wild side, but he is pulled back by a belief in parental love to a supper 'still hot." Generations have shared this beautiful picture book, and children of all ages will want to return to it again and again.

Maurice Sendak was also the creator of such classics as In the Night Kitchen, Outside Over There, Higglety Pigglety Pop!, and Nutshell Library.

Maurice Sendak’s children’s books have sold over 30 million copies and have been translated into more than 40 languages. He received the 1964 Caldecott Medal for Where the Wild Things Are and is the creator of such classics as In the Night Kitchen, Outside Over There, Higglety Pigglety Pop!, and Nutshell Library. In 1970 he received the international Hans Christian Andersen Medal for Illustration, in 1983 he received the Laura Ingalls Wilder Award from the American Library Association, and in 1996 he received a National Medal of Arts in recognition of his contribution to the arts in America. In 2003, Sendak received the first Astrid Lindgren Memorial Award, an annual international prize for children’s literature established by the Swedish government.

Tammy Grimes, a distinguished stage actress, won a Tony® Award for her work in The Unsinkable Molly Brown and another for Noel Coward's Private Lives.