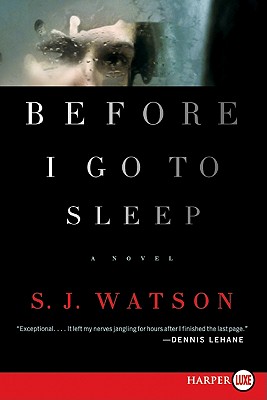 S. J. Watson makes his powerful debutwith this  compelling, fast-paced  psychological thriller,reminiscent of Shutter Island and Memento, in which an amnesiac who,following a mysterious accident, cannot remember her past or form newmemories, desperately tries to uncover the truth about who she is—and whoshe can trust.