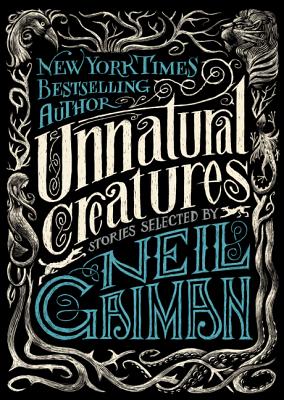 Unnatural Creatures is a collection of short stories about the fantastical things that exist only in our minds—collected and introduced by beloved New York Times bestselling author Neil Gaiman.

The sixteen stories gathered by Gaiman, winner of the Hugo and Nebula Awards, range from the whimsical to the terrifying. Magical creatures from the werewolf, to the sunbird, to beings never before classified will thrill, delight, and quite possibly unnerve you in tales by E. Nesbit, Diana Wynne Jones, Gahan Wilson, and other literary luminaries.

Sales of Unnatural Creatures benefit 826DC, a nonprofit organization dedicated to supporting students in their creative and expository writing, and to helping teachers inspire their students to write.

Neil Gaiman is a #1 New York Times bestselling author of books for children and adults whose award-winning titles include Norse Mythology, American Gods, The Graveyard Book, Good Omens (with Terry Pratchett), Coraline, and The Sandman graphic novels. Neil Gaiman is a Goodwill Ambassador for UNHCR and Professor in the Arts at Bard College.

“In true Gaiman fashion, these stories are macabre, subversive, and just a little bit sinister. His fans will eat this up—ravenously.” — Booklist

“Teens with a yen for the fantastic would be hard pressed to find a better place to start.” — Publishers Weekly (starred review)