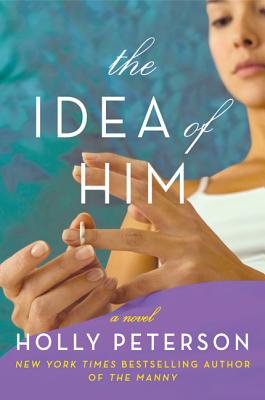 From the New York Times bestselling author of The Manny—a vibrant novel of love, life lessons, and learning to trust yourself

Allie Crawford has the life she always dreamed of—she's number two at a high-profile P.R. firm; she has two kids she adores; and her husband is a blend of handsome and heroic. Wade is everything she thought a man was supposed to be—he's running a successful newsmagazine and, best of all, he provides the stable yet exciting New York City life Allie believes she needs in order to feel secure and happy.

But when Allie finds Wade locked in their laundry room with a stunning blonde in snakeskin sandals, a scandal ensues that flips her life on its head. And when the woman wants to befriend Allie, an old flame calls, and a new guy gets a little too close for comfort, she starts to think her marriage is more of a facade than something real. Maybe she's fallen in love not with Wade—but with the idea of him.

Captivating and seductive, told in the whip-smart voice of a woman who is working hard to keep her parenting and career on track, The Idea of Him is a novel of conspiracy, intrigue, and intense passion—and discovering your greatest strength through your deepest fears.

Holly Peterson is the author the May 2017 social satire fiction release, It Happens in the Hamptons. In 2016, she curated an outdoor cooking book, Assouline's Smoke and Fire: Recipes and Menus for Outdoor Entertaining. In 2014, she published The Idea of Him and of the New York Times bestseller The Manny in 2007.  She was a Contributing Editor for Newsweek, an Editor-at-Large for Talk magazine and an Emmy Award-winning Producer for ABC News, where she spent more than a decade covering everthing from trials of the century to global politics. Her writing has been published in the New York Times, Newsweek, Town and Country, The Daily Beast, Vogue, Harper's Bazaar, Elle Decor, Departures and numerous other publications.

“The Idea of Him is a coming-of-age book for grown ups. It’s fast-paced and intriguing, glamorous and real -- not only a great, great read but a tutorial in how to be your own best friend.” — Elin Hilderbrand, author of BEAUTIFUL DAY

“Holly Peterson has written a gripping, sophisticated story of high life suspense that kept me riveted till I’d finished. The Idea of Him is hugely enjoyable and vividly satisfying.” — Tina Brown of Tina Brown Live Media

“Holly Peterson’s THE IDEA OF HIM is the perfect novel if you want to plunge into great dialogue, a twisting and unexpected plot, shady Wall Street schemes, betrayal, girl friends.. and sex. It is unputdownable.” — Lesley Stahl, CBS News 60 Minutes Anchor

“The idea of him is a deeply intriguing book filled with hilarious social satire and sexy longing. This book explores falling in love with the idea of someone rather than the person themselves…and how we cope with reality once we wake up!” — Kelly Bensimon, Author and Television Personality

There are some hard truths about love, affairs, family and trust buried not so far beneath the surface ... yet it’s a complete page-turner that speeds along briskly, with plenty of sex, crime, and scandal. Highly recommended, but be prepared to get as sucked in as I did. — Heroes and Heartbreakers Blog