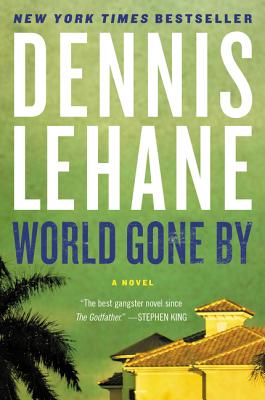 Dennis Lehane, the New York Times bestselling author of Live by Night—now a Warner Bros. movie starring Ben Affleck—delivers a psychologically, morally complex novel of blood, crime, passion, and vengeance, set in Cuba and Ybor City, Florida, during World War II, in which Joe Coughlin must confront the cost of his criminal past and present.

Ten years have passed since Joe Coughlin’s enemies killed his wife and destroyed his empire, and much has changed. Prohibition is dead, the world is at war again, and Joe’s son, Tomás, is growing up. Now, the former crime kingpin works as a consigliore to the Bartolo crime family, traveling between Tampa and Cuba, his wife’s homeland.

A master who moves in and out of the black, white, and Cuban underworlds, Joe effortlessly mixes with Tampa’s social elite, U.S. Naval intelligence, the Lansky-Luciano mob, and the mob-financed government of Fulgencio Batista. He has everything—money, power, a beautiful mistress, and anonymity.

But success cannot protect him from the dark truth of his past—and ultimately, the wages of a lifetime of sin will finally be paid in full.

Dennis Lehane vividly recreates the rise of the mob during a world at war, from a masterfully choreographed Ash Wednesday gun battle in the streets of Ybor City to a chilling, heartbreaking climax in a Cuban sugar cane field. Told with verve and skill, World Gone By is a superb work of historical fiction from one of “the most interesting and accomplished American novelists” (Washington Post) writing today.

Dennis Lehane is the author of thirteen novels—including the New York Times bestsellers Live by Night; Moonlight Mile; Gone, Baby, Gone; Mystic River; Shutter Island; and The Given Day—as well as Coronado, a collection of short stories and a play. He grew up in Boston, MA and now lives in California with his family.

“Lehane, who has developed into a novelist of seemingly effortless power and command, is missing nothing in his delivery. Few writers can equal his ability to balance dark and light, casual and intense, here and then. More than a sequel, World Gone By seems lit by its predecessor and the events of the past as if through a prism—or maybe a black light. In the process, Joe Coughlin’s story becomes more epic still.”
— Chicago Tribune

“Lehane writes convincingly, tensely, tersely, powerfully, about the fatal tensions of daily Mob life without romanticizing it, without judging it. He steers the plot and its characters toward inevitable consequences. Everyone here is bloodied—splattered with either their own or someone else’s blood...This gangster novel is violent, graphic and guiltily compelling.”
— USA Today

“Lehane has Elmore Leonard’s ear for dialogue and a masterly touch with description... World Gone By offers a frisson like you get from the best gangster sagas from The Godfather to The Sopranos — entry into a world of complex characters who are operating within their highly risky world. And it serves a plot that drives relentlessly forward without ever feeling forced.”
— Miami Herald

“Lehane is shaping a tragedy in World Gone By, along classic lines set in a seamy underbelly. The novel’s plot is as complex as its morality while both are fueled by searing betrayals.”
— New York Daily News

“Lehane’s prose is muscular and lean, elegant and brutal, and his action scenes are cause to sit back and exhale when they’re over...World Gone By is a poetic conclusion to an accomplished American crime story.”
— Milwaukee Journal Sentinel

“A textbook guide on how to end a series .”
— Associated Press