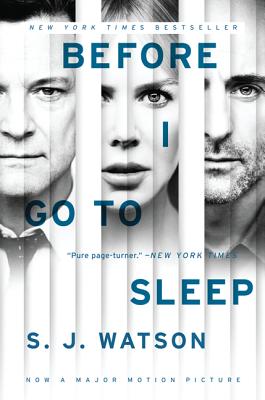 The New York Times bestseller, now available in paperback—the disturbing psychological thriller—reminiscent of Shutter Island and Memento—in which an amnesiac desperately tries to uncover the truth about who she is and who she can trust, is now available in a special edition to tie-in with the release of the feature film starring Nicole Kidman and Colin Firth.

“As I sleep, my mind will erase everything I did today. I will wake up tomorrow as I did this morning. Thinking I am still a child. Thinking I have a whole lifetime of choice ahead of me. . . . ”

Memories define us. So what if you lost yours every time you went to sleep? Your name, your identity, your past, even the people you love—all forgotten overnight. And the one person you trust may be telling you only half the story.