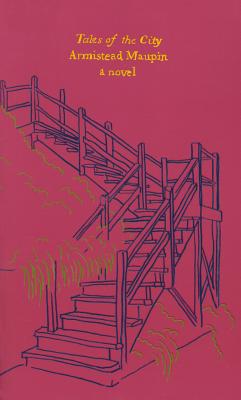 By Armistead Maupin
$10.00
Email or call for price.

Inspiration for the Netflix Limited Series, Tales of the City

For almost four decades Armistead Maupin’s Tales of the City has blazed its own trail through popular culture—from a groundbreaking newspaper serial to a classic novel, to a television event that entranced millions around the world. The first of nine novels about the denizens of the mythic apartment house at 28 Barbary Lane, Tales is both a sparkling comedy of manners and an indelible portrait of an era that changed forever the way we live.

Armistead Maupin is the author of the nine-volume Tales of the City series, which includes Tales of the City, More Tales of the City, Further Tales of the City, Babycakes, Significant Others, Sure of You, Michael Tolliver Lives, Mary Ann in Autumn, and now The Days of Anna Madrigal. Maupin's other novels include Maybe the Moon and The Night Listener. Maupin was the 2012 recipient of the Lambda Literary Foundation's Pioneer Award. He lives in San Francisco with his husband, the photographer Christopher Turner.

“A consummate entertainer who has made a generation laugh...It is Maupin’s Dickensian gift to be able to render love convincingly.”
— Edmund White, Times Literary Supplement

“An enormously talented writer—witty but always sympathetic, generous in showing us the secrets of his heart...By writing about what’s seemingly different Armistead Maupin always manages to capture what’s so hilariously painfully true for all of us.”
— Amy Tan

“Perhaps the most sublime piece of popular literature America has ever produced…. As with the Beatles, everyone seems to like Maupin’s tales—and really, why would you want to find someone who didn’t?”
— Salon