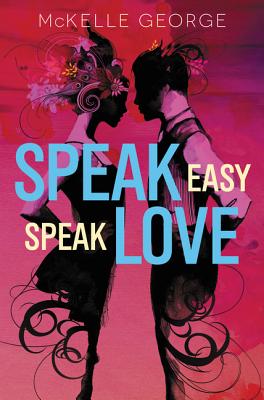 A YA adaptation of Much Ado About Nothing set in the 1920s. This book was made for me and it exceeded my expectations. McKelle George's debut captures all the fun of the Shakespeare play while making the characters even more vibrant. Beatrice and Benedick--arguably the greatest couple in all of literature--perfect the enemies to lovers trope while Hero steps up to be the bold, savvy, and dynamic hero of her own story. The rest of the cast shines with all the vivacity and merriment of the 1920s making this one of my favorite reading experiences. — From Sarah's picks (page 1)

Six teenagers’ lives intertwine during one thrilling summer full of romantic misunderstandings and dangerous deals in this sparkling retelling of Shakespeare’s Much Ado About Nothing.

After she gets kicked out of boarding school, seventeen-year-old Beatrice goes to her uncle’s estate on Long Island. But Hey Nonny Nonny is more than just a rundown old mansion. Beatrice’s cousin, Hero, runs a struggling speakeasy out of the basement—one that might not survive the summer.

Along with Prince, a poor young man determined to prove his worth; his brother, John, a dark and dangerous agent of the local mob; Benedick, a handsome trust-fund kid trying to become a writer; and Maggie, a beautiful and talented singer; Beatrice and Hero throw all their efforts into planning a massive party to save the speakeasy. Despite all their worries, the summer is beautiful, love is in the air, and Beatrice and Benedick are caught up in a romantic battle of wits that their friends might be quietly orchestrating in the background.

McKelle George hated reading Shakespeare in high school. But then she spent a summer abroad seeing productions at Stratford-upon-Avon and the Globe in London. She fell in love with all the different ways the same play could be interpreted. She now lives in Salt Lake City, where she mentors young writers with Salt Lake Teens Write and works as an editor and reference librarian. Speak Easy, Speak Love is her first novel. www.mckellegeorge.com

“Speak Easy, Speak Love is a book nerd’s dream. With the vivid hedonism of the 1920s, a cast of exquisitely drawn characters (with snappy chemistry, and sexual tension that makes you want to smash their faces together), and wit to rival Will himself...loving, fresh, and unputdownable.” — Mackenzi Lee, author of the New York Times–bestselling The Gentleman’s Guide to Vice and Virtue

“Deliciously enjoyable...This is sure to delight fans of Anna Godberson’s Bright Young Things and Shakespeare’s writings alike, leaving a taste for much more of the Roaring Twenties and much more from George.” — Voice of Youth Advocates (VOYA)

“The vibrant, dangerous atmosphere of a Roaring Twenties speakeasy is clever setting for this debut, a reimagining of Much Ado about Nothing. ...for fans of an enemies-to-lovers romance, this biting comedy is always a classic.” — Booklist

“George adeptly captures Shakespeare’s witty characters and transplants them to the 1920s . . . and cleverly incorporates all the romantic misunderstandings among the well-rounded characters. The time period is accurately portrayed...this retelling is witty and clever.” — School Library Journal

“Shakespeare’s Much Ado About Nothing bears up uncannily well . . . readers will be fully immersed in the excitement, glamour, and danger of a culture tipping into rebellion and making way for change in more ways than one.” — Bulletin of the Center for Children’s Books