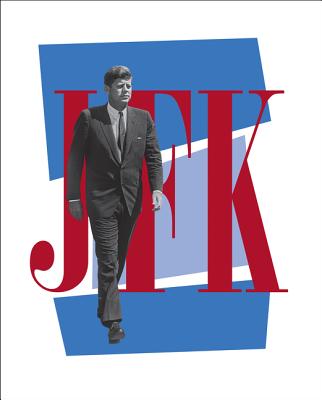 Published in commemoration of the centennial of President John F. Kennedy’s birth, here is the definitive compendium of JFK’s most important and brilliant speeches, accompanied by commentary and reflections by leading American and international figures—including Senator Elizabeth Warren, David McCullough, Kofi Annan, and the Dalai Lama—and edited by JFK’s nephew Stephen Kennedy Smith and renowned historian Douglas Brinkley. Combined with over seven hundred documentary photos, it tells the story, in words and pictures, of JFK’s life and presidency, and depicts his compelling vision for America.

JFK brings together in one volume John F. Kennedy’s greatest speeches alongside essays by America’s top historians, analysis from leading political thinkers, and personal insights from preeminent writers and artists. Here is JFK at his best—thought-provoking, inspiring, eloquent, and wise—on a number of wide-ranging topics, including civil rights, the race to the moon, the environment, immigration, the Cuban Missile Crisis, and much more. JFK demonstrates the deep relevance of his words today and his lasting power and influence as an outstanding American leader and orator.

Elegantly designed and enriched by more than 500 photographs and facsimiles of Kennedy’s marginalia on drafts of speeches, his notes from important meetings, letters, and other fascinating documents, JFK is a major contribution to American history.

Stephen Kennedy Smith is a lecturer at the Sloan School of Management as well as a fellow at the Connection Science Group at MIT. He received his BA from Harvard University, JD from Columbia University, and EdM from the Harvard Graduate School of Education. He has served on the staff of the Senate Judiciary and Foreign Relations committees and is a three-time recipient of the Danforth Award for Excellence in Teaching at Harvard University. He continues to be active in Democratic politics and lives in New York City.

Douglas Brinkley is the Katherine Tsanoff Brown Chair in Humanities and Professor of History at Rice University, presidential historian for the New-York Historical Society, trustee of the Franklin D. Roosevelt Presidential Library, and a contributing editor at Vanity Fair. The Chicago Tribune dubbed him “America’s New Past Master.” He is the recipient of such distinguished environmental leadership prizes as the Frances K. Hutchison Medal (Garden Club of America), Robin W. Winks Award for Enhancing Public Understanding of National Parks (National Parks Conservation Association), and the U.S. Fish and Wildlife Service’s Lifetime Heritage Award. His book The Great Deluge: Hurricane Katrina, New Orleans, and the Mississippi Gulf Coast received the Robert F. Kennedy Book Award. He was awarded a Grammy for Presidential Suite and is the recipient of seven honorary doctorates in American studies. His two-volume, annotated Nixon Tapes recently won the Arthur S. Link–Warren F. Kuehl Prize. He lives in Austin, Texas, with his wife and three children.

“…Insightful. The editors have assembled hundreds of complementary photos, most of them uncommon, enhancing the overall presentation…Amid the stream of JFK books to be released for the centennial, this work should emerge as one of the most complete and useful.” — Kirkus Reviews

“An extraordinary commemorative history filled with hundreds of formal and candid photos, along with notes, marginalia, letters, and artifacts highlighting JFK’s and the Kennedy family’s important role in shaping the twentieth century. This is an important addition to American-history and political-science collections.” — Booklist (starred review)

“This celebratory volume is more than just a coffee-table book for Kennedy fans; it is also a useful compendium and reference tool for anyone interested in learning more about his presidency.” — Library Journal

“[A] stellar collection of speeches and photos. JFK’s legacy seems as vivid today as it was when he was assassinated in 1963.” — <i>Men’s Fitness</i>