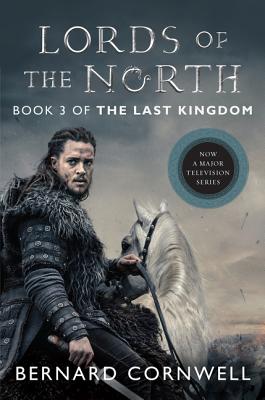 By Bernard Cornwell
$15.99
Not Available In-Store - Usually Ships from Warehouse in 1-5 Days

The third installment of Bernard Cornwell’s bestselling series chronicling the epic saga of the making of England, “like Game of Thrones, but real” (The Observer, London)—the basis for The Last Kingdom, the hit television show.

IN A CLASH OF HEROES, THE KINGDOM IS BORN.

The year is 878. Uhtred, the dispossessed son of a Northumbrian lord, has helped the Saxons of Wessex defeat the invading Danes. Now, finally free of his allegiance to the victorious, ungrateful King Alfred, he is heading home to rescue his stepsister, a prisoner of Kjartan the Cruel in the formidable Danish stronghold of Dunholm. Uhtred’s best hope is his sword, Serpent-Breath, for his only allies are Hild, a West Saxon nun fleeing her calling, and Guthred, a slave who believes himself king. Rebellion, chaos, fear, and betrayal await them in the north, forcing Uhtred to turn once more, reluctantly, to the liege he formerly served in battle and blood: Alfred the Great.

“Bernard Cornwell should be at the very top of your list.”—USA Today