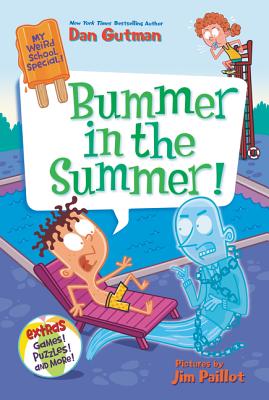 By Dan Gutman, Jim Paillot (Illustrator)
$5.99
On Our Shelves Now

This is book number 6 in the My Weird School Special series.

With more than 23 million books sold, the My Weird School series really gets kids reading!

School’s almost out for the summer, and A.J. is dreaming about all the fun things he’s going to do on vacation.

But A.J.’s dream quickly turns into a nightmare when three familiar spirits appear to show him summers past, present, and yet to come. Will they be able to convince him to leave his bad ways behind? Or will this summer end up being a total bummer?

This is one weird summer vacation special you won’t want to miss!

Jim Paillot lives in Arizona (another weird place) with his weird wife and two weird children. Isn’t that weird? You can visit him on his weird website at www.jimpaillot.com