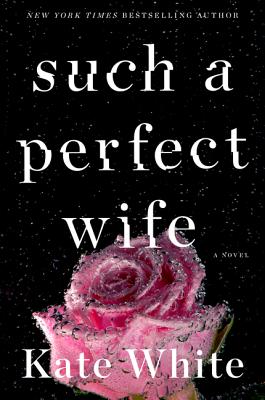 By Kate White
Email or call for price
Hard to Find

This is book number 8 in the A Bailey Weggins Mystery series.

New York Times bestselling author Kate White returns with a gripping story about a true-crime reporter uncovering the secrets that lie beneath the surface of a placid small town, perfect for readers of Jessica Knoll, Alafair Burke, and Liv Constantine.

Blonde. Beautiful. A loving mother. And missing since Monday.

On a sunny morning in late September, Shannon Blaine sets off for a jog along the rural roads near her home in Lake George, New York.  It’s her usual a.m. routine, her “me time” after dropping the kids off at school…except on this day she never returns.

Is her husband lying when he says he has no clue where she is? Could Shannon have split on her own, overwhelmed by the pressures of her life? Or is she the victim of a sexual predator who had been prowling the area and snatched her before she knew what was happening.

True crime writer Bailey Weggins, on assignment for the website Crime Beat, heads north from New York City to report on the mysterious disappearance. An anonymous tip soon leads Bailey to a grisly, bone-chilling discovery. Every town has its secrets, Bailey reminds herself, and nothing is ever as perfect as it seems. She keeps digging for answers until—when it’s almost too late—she unearths the terrifying truth.

Kate White is the New York Times bestselling author of eight standalone psychological thrillers, including Have You Seen Me? (2020) and the upcoming The Fiancée (June 2021), as well as eight Bailey Weggins mysteries, including Such a Perfect Wife, which was nominated for an International Thriller Writers Award. Kate, the former editor-in-chief of Cosmopolitan, is also the author of several popular career books for women, including I Shouldn't Be Telling You This: How to Ask for the Money, Snag the Promotion, and Create the Career You Deserve and Why Good Girls Don’t Get Ahead, as well the editor of the Anthony and Agatha Award-nominated The Mystery Writers of America Cookbook.

“What’s not to love in Kate White’s latest? . . . . Such A Perfect Wife is deep and dark and twisty, and packed with a delicious array of questionable characters, each harboring their own secrets.”
— Entertainment Weekly

“Intricately plotted. . . . [an] intense page-turner that never lets up.”
— Library Journal, Starred Review and “Pick of the Month”

“Highly entertaining. . . .The ethical and tenacious Bailey soon earns the respect of the local police, who come to see her as an ally rather than an intruder. Readers will cheer her every step of the way.”
— Publishers Weekly