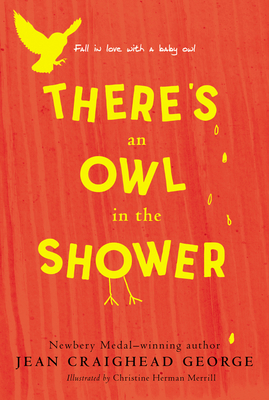 It’s people versus owls in this laugh-out-loud story about one family’s love for a special little owl, from bestselling nature writer and Newbery Medal winner Jean Craighead George!

Borden Watson’s father is out of job, and it’s all the spotted owls’ fault. The birds are endangered, which means loggers, like Mr. Watson, are no longer allowed to cut down trees.

It doesn’t make sense to Borden. Why are owls being put first over the citizens?

But when Borden finds an owlet in the forest who needs his care, he brings it back home—much to Mr. Watson’s displeasure. Hilarious chaos soon ensues, as the tiny owl makes big changes in this logging family’s home, and makes his way into their hearts.

This heartwarming story is a great way for young readers to learn about important topics, like endangered species, conservation, and environmentalism.

Jean Craighead George wrote over one hundred books for children and young adults. Her novel Julie of the Wolves won the Newbery Medal in 1973, and she received a 1960 Newbery Honor for My Side of the Mountain. She continued to write acclaimed picture books that celebrate the natural world. Her other books with Wendell Minor include The Wolves Are Back; Luck; Everglades; Arctic Son; Morning, Noon, and Night; and Galapagos George.

“Engaging and informative. A good choice for classes studying owls or endangered species.”
— ALA Booklist

“An absorbing story that shows both sides.”
— School Library Journal