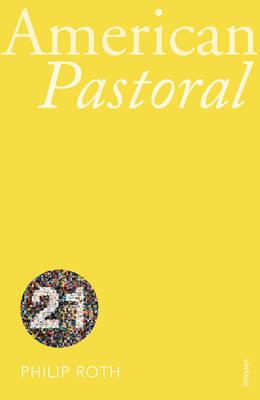 Our greatest living novelist gives us two of his greatest novels in his so-called “American Trilogy.” I Married a Communist is a good book by any standard, but American Pastoral and The Human Stain—both of which were singled out by the New York Times as contenders for the best American novel of the last 25 years—are flat-out masterworks. If you’re familiar only with Portnoy’s Complaint (the book that made Roth a superstar), do yourself a favor and pick up the American Trilogy. The eloquence of Roth’s prose and the sagacity of his endlessly fascinating and agile mind are electrifying. Each is a stand-alone novel, so I recommend starting with American Pastoral, then The Human Stain, and finally I Married a Communist.

An ordinary man finds that his life has been made extraordinary by the catastrophic intrusion of history, when, in 1968, his adored daughter plants a bomb that kills a stranger, hurling her father out of the longed-for American pastoral and into the ingenious American berserk. "Never before has Roth written with clear conviction".--"Time".
My Account • Sign In • Sign Out • Register
NEW & USED BOOKS
AUTHOR EVENTS • GIFTS
Tempe
6428 South McClintock Drive
480.730.0205
[Google Map]
10am-7pm daily
Trade Counter 11am-6pm daily