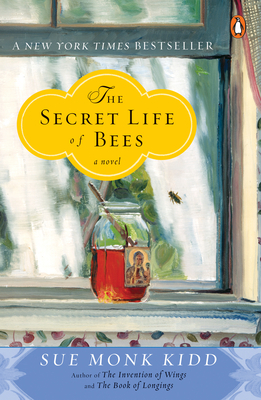 The multi-million bestselling novel about a young girl's journey towards healing and the transforming power of love, from the award-winning author of The Invention of Wings and The Book of Longings

Set in South Carolina in 1964, The Secret Life of Bees tells the story of Lily Owens, whose life has been shaped around the blurred memory of the afternoon her mother was killed. When Lily's fierce-hearted Black "stand-in mother," Rosaleen, insults three of the deepest racists in town, Lily decides to spring them both free. They escape to Tiburon, South Carolina—a town that holds the secret to her mother's past. Taken in by an eccentric trio of Black beekeeping sisters, Lily is introduced to their mesmerizing world of bees and honey, and the Black Madonna. This is a remarkable novel about divine female power, a story that women will share and pass on to their daughters for years to come.

"A moving first novel...Lily is an authentic and winning character and her story is compellingly  told. The bees presage her journey toward self-acceptance, faith and freedom that is at the heart of this novel." —USA Today

"Fully imagined...the core of this story is Lily's search for a mother, and she finds one in a place she never expected." —The New York Times Book Review

"This is the story of a young girl's journey toward healing, and of the intrinsic sacredness of living in the world. Simply wonderful." —Anne Rivers Siddons

""The stunning metaphors and realistic characters are so poignant they will bring tears to your eyes." —Library Journal

"The chapters...dance on the edges of 'Magical Realism,' that blend of the fabulous and the ordinary that can invest a tale with a sense of wonderment, as is the case here." —Richmond Times-Dispatch

"I am amazed that this moving, original, and accomplished book is a first novel. It is wonderfully written, powerful, poignant, and humorous, and deliciously eccentric. Do read it." —Joanna Trollope

"A wonderful novel about mothers and daughters and the transcendent power of love." —Connie May Fowler

"It's as if Kidd loaded up a take-home plate with treats, and you said 'Oh, I couldn't,' and then scarfed it down in the car on the way home." —Entertainment Weekly

"The tale of one motherless daughter's discovery of what family really means—and of the strange and wondrous places we love." —The Washington Post