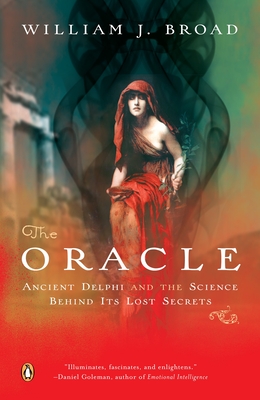 Like Walking the Bible, this fascinating book turns a modern eye on an enduring legend. The Oracle of Delphi was one of the most influential figures in ancient Greece. Human mistress of the god Apollo, she had the power to enter into ecstatic communion with him and deliver his prophesies to men. Thousands of years later, Pulitzer Prize–winning journalist William J. Broad follows a crew of enterprising researchers as they sift through the evidence of history, geology, and archaeology to reveal—as far as science is able—the source of her visions.

William J. Broad is a senior writer at The New York Times and with colleagues there has twice won the Pulitzer Prize as well as an Emmy. For three decades, he has covered topics ranging from biology and geology to astronomy and nuclear arms. He is the author or coauthor of six books, most recently Germs: Biological Weapons and America's Secret War, a number-one New York Times bestseller. His books have been translated into more than a dozen languages and his work featured in The Best American Science Writing 2005. He holds a master's degree in the history of science from the University of Wisconsin and lives with his wife and three children in Larchmont, New York.

Enlightening and compelling . . . Drawing on everything from Plutarch to petroleum research, [Broad] ‘decrypts’ a fascinating story. (The Dallas Morning News)