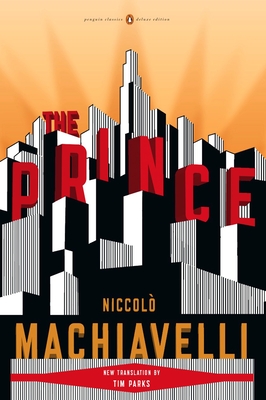 A new translation of the infamous Renaissance classic, in a striking deluxe edition

The original blueprint for realpolitik, The Prince shocked sixteenth-century Europe with its advocacy of ruthless tactics for gaining absolute power and its abandonment of conventional morality. For this treatise on statecraft, Machiavelli drew upon his own experience of office under the turbulent Florentine republic, rejecting traditional values of political theory and recognizing the complicated, transient nature of political life. Concerned not with lofty ideals, but with a regime that would last, this seminal work of modern political thought retains its power to alarm and to instruct.

Niccolò Machiavelli (1469-1527) was a Florentine statesman who was later forced out of public life. He then devoted himself to studying and writing political philosophy, history, fiction, and drama.

“[Machiavelli] can still engage our attention with remarkable immediacy, and this cannot be explained solely by the appeal of his ironic observations on human behaviour. Perhaps the most important thing is the way he can compel us to reflect on our own priorities and the reasoning behind them; it is this intrusion into our own defenses that makes reading him an intriguing experience. As a scientific exponent of the political art Machiavelli may have had few followers; it is as a provocative rhetorician that he has had his real impact on history.” –from the Introduction by Dominic Baker-Smith