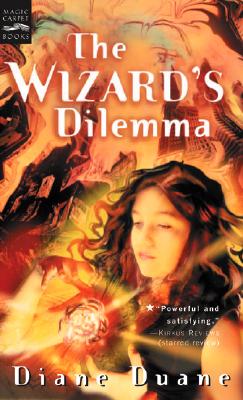 This is book number 5 in the Young Wizards Series series.

Not everything can be fixed with magic—teenage angst, for example. Young wizards Kit and Nita are having such a tough time coping with adolescence that they go their separate ways. Neither wants to call it a breakup, but that's what it seems to be. Heartsick, they throw themselves into their magical studies.

But Nita's work is cut short by bad news: Her mother has cancer, and it looks incurable—by medical or magical means. Even wizardry is powerless against cancer.

The situation looks hopeless . . . until Nita enters a Faustian bargain with the Lone Power, the source of all death in the universe, the one evil that Nita has dedicated her life to fighting.

DIANE DUANE is the author of nearly fifty science fiction and fantasy novels, including ten books in the Young Wizards series. Four of her Star Trek novels have been New York Times bestsellers, including Spock's World. She lives with her husband in rural Ireland. Visit her online at www.DianeDuane.com and www.youngwizards.com.

"Powerful and satisfying on many levels."--Kirkus Reviews (starred review)
"A gripping and dynamic fantasy. . . . Fans of the author will flock to this new adventure, which likely will bring new readers to the series."--VOYA
—