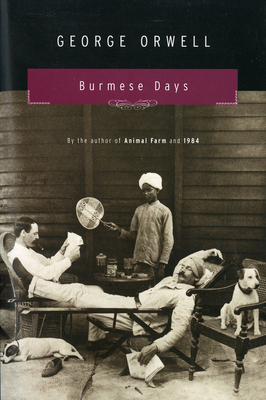 Honest and evocative, George Orwell’s first novel is an examination of the debasing effect of empire on occupied and occupier.

Burmese Days focuses on a handful of Englishmen who meet at the European Club to drink whisky and to alleviate the acute and unspoken loneliness of life in 1920s Burma—where Orwell himself served as an imperial policeman—during the waning days of British imperialism.

One of the men, James Flory, a timber merchant, has grown soft, clearly comprehending the futility of England’s rule. However, he lacks the fortitude to stand up for his Indian friend, Dr. Veraswami, for admittance into the whites-only club. Without membership and the accompanying prestige that would protect the doctor, the condemning and ill-founded attack by a bitter magistrate might bring an end to everything he has accomplished. Complicating matters, Flory falls unexpectedly in love with a newly arrived English girl, Elizabeth Lackersteen. Can he find the strength to do right not only by his friend, but also by his conscience?

GEORGE ORWELL (1903–1950) was born in India and served with the Imperial Police in Burma before joining the Republican Army in the Spanish Civil War. Orwell was the author of six novels, including 1984 and Animal Farm, as well as numerous essays and nonfiction works.