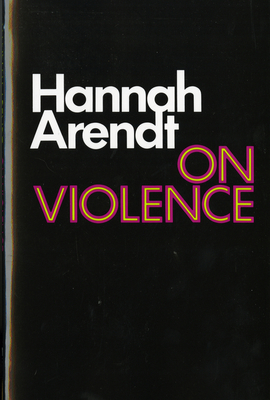 Political theorist, philosopher, and feminist thinker Hannah Arendt's On Violence is an analysis of the nature, causes, and significance of violence in the second half of the twentieth century. The public revulsion against violence and nonviolent philosophies continues to diminish in the twenty-first century. In this classic and still all too resonant work, Hannah Arendt puts her theories about violence into historical perspective, examining the relationships between war and politics, violence and power. Questioning the nature of violent behavior, she reveals the causes of its many manifestations, and ulitmately argues against Mao Zedong's dictum "power grows out of the barrel of a gun," proposing instead that "power and violence are opposites; where one rules absolutely, the other is absent."“Incisive, deeply probing, written with clarity and grace, it provides an ideal framework for understanding the turbulence of our times.”—The Nation

Hannah Arendt (1906–1975) is considered one of the most important and influential thinkers of the twentieth century. She is the author of numerous articles and books, including The Origins of Totalitarianism and the essay collection Men in Dark Times.