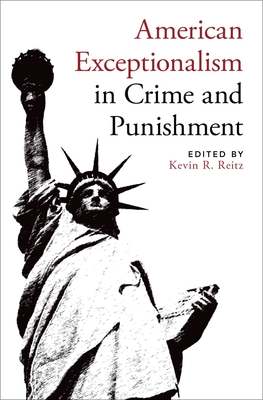 Across the U.S., there was an explosion of severity in nearly every form of governmental response to crime from the 1970s through the 2000s. This book examines the typically ignored forms punishment in America beyond incarceration and capital punishment to include probation and parole supervision rates-and revocation rates, an ever-growing list of economic penalties imposed on offenders, and a web of collateral consequences of conviction unimaginable just decades ago. Across these domains, American punitiveness exceeds that in other developed democracies-where measurable, by factors of five-to-ten. In some respects, such as rates of incarceration and (perhaps) correctional supervision, the U.S. is the world leader. Looking to Europe and other English-speaking countries, the book's contributors shed new light on America's outlier status, and examine its causes. One causal theory examined in detail is that the U.S. has been exceptional not just in penal severity since the 1970s,
but also in its high rates of high rates of homicide and other serious violent crimes. With leading researchers from many fields and national perspectives, American Exceptionalism in Crime and Punishment shows that the largest problems of crime and justice cannot be brought into focus from the vantage point of any one jurisdiction. Looking cross-nationally, the book addresses what it would take for America to rejoin the mainstream of the Western world in its uses of criminal penalties.

Kevin R. Reitz is James Annenberg La Vea Professor of Law and Co-Director of the Robina Institute of Criminal Law and Criminal Justice at the University of Minnesota. He has written about sentencing law, policy, and procedure, and the American criminal justice system for more than 25 years. Over that time, he has worked with criminal justice agencies in many states, local governments, and other countries. He served as lead Reporter for the American Law Institute's Model Penal Code: Sentencing (final approval, 2017).