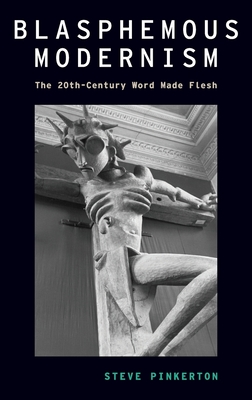 Scholars have long described modernism as heretical or iconoclastic in its assaults on secular traditions of form, genre, and decorum. Yet critics have paid surprisingly little attention to the related category of blasphemy--the rhetoric of religious offense--and to the specific ways this rhetoric operates in, and as, literary modernism. United by a shared commitment to the word made flesh, writers such as James Joyce, Mina Loy, Richard Bruce Nugent, and Djuna Barnes made blasphemy a key component of their modernist practice, profaning the very scriptures and sacraments that fueled their art. In doing so they belied T. S. Eliot's verdict that the forces of secularization had rendered blasphemy obsolete in an increasingly godless century (a world in which blasphemy is impossible); their poems and fictions reveal how forcefully religion endured as a cultural force after the Death of God. More, their transgressions spotlight a politics of religion that has seldom engaged the attention of modernist studies. Blasphemy respects no division of church and state, and neither do the writers who wield it to profane all manner of coercive dogmas--including ecclesiastical as well as more worldly ideologies of race, class, nation, empire, gender, and sexuality. The late-century example of Salman Rushdie's The Satanic Verses affords, finally, a demonstration of how modernism persists in postwar anglophone literature and of the critical role blasphemy plays in that persistence. Blasphemous Modernism thus resonates with the broader cultural and ideological concerns that in recent years have enriched the scope of modernist scholarship.