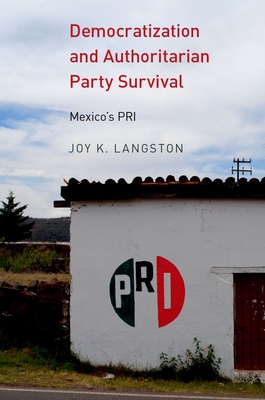 When Mexico's authoritarian Party of the Institutional Revolution (PRI) was defeated in the 2000 presidential election after seventy-one years of uninterrupted rule, many analysts believed the party would inevitably splinter and collapse. An authoritarian party without control over government
resources and without a strong national executive creates both opportunity and incentive for ambitious politicians to leave the party and join a separate faction. To the surprise of many, however, the PRI managed to deviate from this pattern, and returned triumphantly to the presidency in 2012. Democratization and Authoritarian Party Survival: Mexico's PRI argues that those authoritarian parties that survive the transition to democratic elections do so because they are able to adjust to electoral challenges and the rigors of the ballot box more quickly and effectively than their internal
party rivals. Such as in the case of the PRI, these electorally-oriented vote winners find ways to cooperate and avoid the dangers of internal ruptures. Those authoritarian parties in which vote-winning factions are unable to defeat their intra-party rivals, or those that divide and fragment, are
less likely to survive the transition to democratic voting. Despite the interest in Mexico's former hegemonic party and its return to power, no full-length monograph has been dedicated to studying its transformation. This book takes a long lens view of authoritarian party survival and zeros in on the transformation of Mexico's PRI, making a substantive and
novel contribution to the wider literature on party organizational change, authoritarian party survival, and democratization.