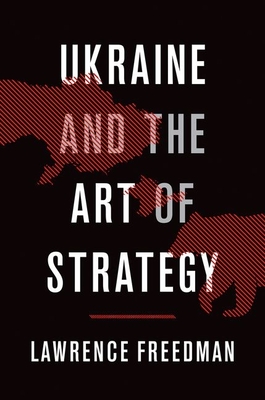 The Russian invasion of Crimea in 2014, subsequent war in Eastern Ukraine and economic sanctions imposed by the West, transformed European politics. These events marked a dramatic shift away from the optimism of the post-Cold War era. The conflict did not escalate to the levels originally feared but nor was either side able to bring it to a definitive conclusion. Ukraine suffered a loss of territory but was not forced into changing its policies away from the Westward course adopted as a result of the EuroMaidan uprising of February 2014. President Putin was left supporting a separatist enclave as Russia's economy suffered significant damage. In Ukraine and the Art of Strategy, Lawrence Freedman-author of the landmark Strategy: A History-provides an account of the origins and course of the Russia-Ukraine conflict through the lens of strategy. Freedman describes the development of President Putin's anxieties that former Soviet countries were being drawn towards the European Union, the effective pressure he put on President Yanokvych of Ukraine during 2013 to turn away from the EU and the resulting 'EuroMaidan Revolution' which led to Yanukovych fleeing. He explores the reluctance of Putin to use Russian forces to do more that consolidate the insurgency in Eastern Ukraine, the failure of the Minsk peace process and the limits of the international response. Putin's strategic-making is kept in view at all times, including his use of 'information warfare' and attempts to influence the American election. In contrast to those who see the Russian leader as a master operator who catches out the West with bold moves Freedman sees him as impulsive and so forced to improvise when his gambles fail. Freedman's application of his strategic perspective to this supremely important conflict challenges our understanding of some of its key features and the idea that Vladimir Putin is unmatched as a strategic mastermind.

Lawrence Freedman is Emeritus Professor of War Studies at King's College London. He joined King's in 1982 as Professor of War Studies and was Vice-Principal of the College until 2013. He was Official Historian of the Falklands Campaign and a member of the Official Inquiry into the UK's participation in the Iraq War. He was knighted in 2004. His most recent books are Strategy: A History (2013) and The Future of War: A History (2017).