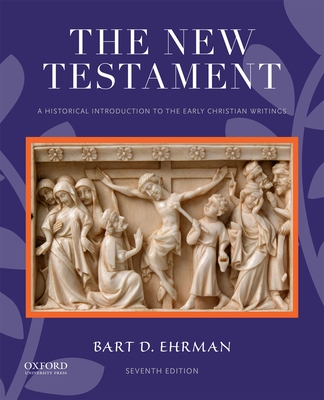 By Bart D. Ehrman
Email or call for price

Featuring vibrant full color throughout, the seventh edition of Bart D. Ehrman's highly successful introduction approaches the New Testament from a consistently historical and comparative perspective, emphasizing the rich diversity of the earliest Christian literature. Distinctive to this study is its unique focus on the historical, literary, and religious milieux of the Greco-Roman world, including early Judaism. As part of its historical orientation, the book also discusses other Christian writings that were roughly contemporary with the New Testament, such as the Gospel of Thomas, the Apocalypse of Peter, and the letters of Ignatius.