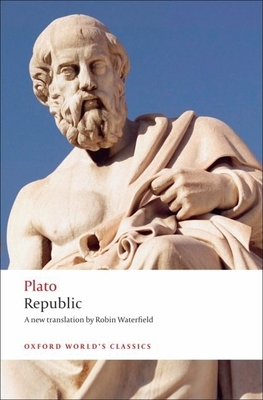 The central work of one of the West's greatest philosophers, The Republic of Plato is a masterpiece of insight and feeling, the finest of the Socratic dialogues, and one of the great books of Western culture. This new translation captures the dramatic realism, poetic beauty, intellectual
vitality, and emotional power of Plato at the height of his powers. Deftly weaving three main strands of argument into an artistic whole--the ethical and political, the aesthetic and mystical, and the metaphysical--Plato explores in The Republic the elements of the ideal community, where
morality can be achieved in a balance of wisdom, courage, and restraint. About the Series: For over 100 years Oxford World's Classics has made available the broadest spectrum of literature from around the globe. Each affordable volume reflects Oxford's commitment to scholarship, providing the most accurate text plus a wealth of other valuable features, including expert
introductions by leading authorities, voluminous notes to clarify the text, up-to-date bibliographies for further study, and much more.