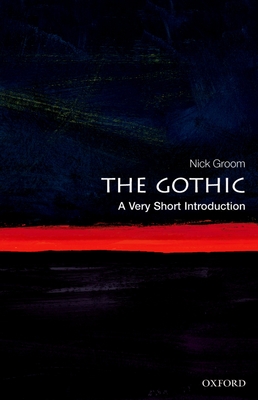 The Gothic is wildly diverse. It can refer to ecclesiastical architecture, supernatural fiction, cult horror films, and a distinctive style of rock music. It has influenced political theorists and social reformers, as well as Victorian home d cor and contemporary fashion. This Very Short Introduction captures the history of the Gothic from ancient times to the present. It covers the sack of Rome by the barbarian tribes, mediaeval architecture, popular culture in the sixteenth century (including ballads and Revenge Tragedy), political theories of the seventeenth and eighteenth centuries, the rise of the Gothic novel, the Victorian Gothic Revival, and the influence of Gothic culture on film, music, and fashion. It includes familiar Gothic novels such Frankenstein and Dracula, while also covering Gothic gardening, slasher movies, and the current Goth scene. It is the only account of the Gothic that describes the entire history of the term, presenting it in all its richly complex and
perversely contradictory glory.

Nick Groom is Chair in English at the University of Exeter, and Director of ECLIPSE: the Exeter Centre for Literatures of Identity, Place, and Sustainability. He is the author and editor of many books, most recently The Forger's Shadow, Thomas Chatterton: Selected Poetry, and The Union Jack.