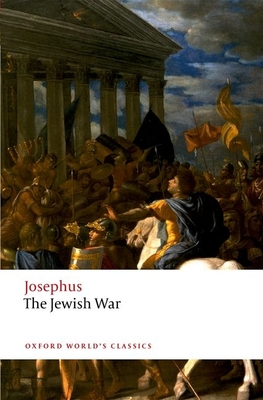 In August of AD 70 the city of Jerusalem was destroyed by Roman forces after a six-month siege. This was the disastrous outcome of a Jewish revolt against Roman domination which began in AD 66 with some early success, but soon became mired in factional conflict. The war ended in the
destruction of the famous Jewish Temple (rebuilt by Herod the Great a century before). The remarkable story of the war is narrated by an eye-witness and participant, Josephus. He was at first a rebel commander, then after his capture, supported Titus in the final assault on Jerusalem. Josephus spares no detail of a horrific conflict - atrocities on both sides, the reign of terror in
Jerusalem, the appalling conditions of the siege, and the final mass suicide at Masada. His vivid narrative is our prime source for this period of history. It is a dramatic story, which resonates to the present day.

Martin Hammond retired as the Headmaster of Tonbridge School in 2005. He has previously translated Arrian's Alexander the Great (2013) and Thucydides' The Peloponnesian War (2009) for Oxford World's Classics, as well as Homer's Iliad (Penguin, 1987) and Odyssey (Bloomsbury, 2014). His translation ofProcopius' The Secret History for Oxford World's Classics is forthcoming. Martin Goodman is President of the Oxford Centre for Hebrew and Jewish Studies and Reader in Jewish Studies at the University of Oxford. He has edited a number of books including Rabbinic Texts and the History of Late-Roman Palestine (BA/OUP, 2011), The Oxford Handbook of Jewish Studies (OUP, 2002), and Representations of Empire: Rome and the Mediterranean World (BA/OUP, 2002). His authored books include Rome and Jerusalem: the clash of ancient civilizations (Allen Lane, 2007) and Judaism in the Roman World: Collected Studies (Brill, 2007)