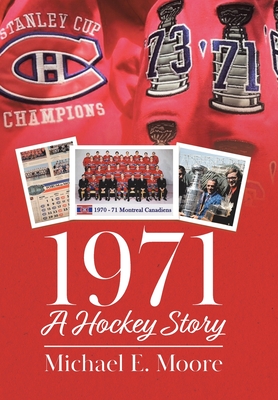 When the Montreal Canadiens won 16 Stanley Cup championships in the 27 NHL seasons between 1953 and 1979, they were favoured to win hockey's greatest prize most of the time. After missing the playoffs in 1970 for the first time since 1948, the 1970-71 season was supposed to be a rebuilding year, but Habs general manager Sam Pollock had no patience for anything less than winning. Even though for once, "Nos Glorieux" were underdogs in 1971, they won again. The 1971 Stanley Cup victory was a special and unexpected bonus gift for Montreal Canadiens fans amidst all the turmoil going on in the early 1970s. The Habs came through when we needed them most. The return to glory and another parade down Sainte-Catherine Street was swift and very welcome.