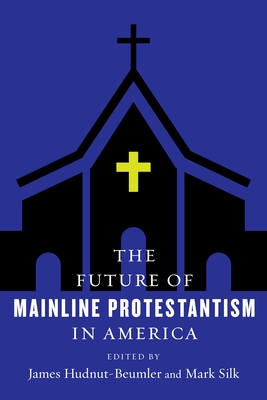 As recently as the 1960s, more than half of all American adults belonged to just a handful of mainline Protestant denominations--Presbyterian, UCC, Disciples of Christ, Episcopal, Lutheran, Methodist, and American Baptist. Presidents, congressmen, judges, business leaders, and other members of the elite overwhelmingly came from such backgrounds. But by 2010, fewer than 13 percent of adults belonged to a mainline Protestant church. What does the twenty-first century hold for this once-hegemonic religious group? In this volume, experts in American religious history and the sociology of religion examine the extraordinary decline of mainline Protestantism over the past half century and assess its future. Contributors discuss the demographics of mainline Protestants; their beliefs, practices, and modes of worship; their political views and partisan affiliations; and the social and moral questions that unite and divide Protestant communities. Other chapters examine Protestant institutions, including providers of health care and education; analyze churches' public voice; and probe what will come from a diminished role relative to other groups in society, especially the ascendant evangelicals. Far from going extinct, the book argues, the mainline Protestant movement will continue to be a vital remnant in an American religious culture torn between the contending forces of secularism and evangelicalism.

James Hudnut-Beumler is the Anne Potter Wilson Distinguished Professor of American Religious History at Vanderbilt University. His books include Looking for God in the Suburbs: The Religion of the American Dream and Its Critics, 1945-1965 (1994); Generous Saints: Congregations Rethinking Ethics and Money (1999); and In Pursuit of the Almighty's Dollar: A History of Money and American Protestantism (2007) Mark Silk is professor of religion in public life and director of the Leonard Greenberg Center for the Study of Religion in Public Life at Trinity College. He is the author of Spiritual Politics: Religion and America Since World War II (1988) and Unsecular Media: Making News of Religion in America (1995), and he is coeditor of Religion by Region, an eight-volume series on religion and public life in the United States.
My Account • Sign In • Sign Out • Register
NEW & USED BOOKS
AUTHOR EVENTS • GIFTS
Tempe
6428 South McClintock Drive
480.730.0205
[Google Map]
10am-7pm daily
Trade Counter 11am-6pm daily