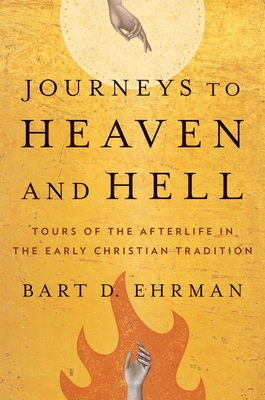 “[An] illuminating deep dive . . . An edifying origin story for contemporary Christian conceptions of the afterlife.”—Publishers Weekly

From classics such as the Odyssey and the Aeneid to fifth-century Christian apocrypha, narratives that described guided tours of the afterlife played a major role in shaping ancient notions of morality and ethics. In this new account, acclaimed author Bart Ehrman contextualizes early Christian narratives of heaven and hell within the broader intellectual and cultural worlds from which they emerged. He examines how fundamental social experiences of the early Christian communities molded the conceptions of the afterlife that eventuated into the accepted doctrines of heaven, hell, and purgatory.

Drawing on Greek and Roman epic poetry, early Jewish writings such as the Book of Watchers, and apocryphal Christian stories including the Acts of Thomas, the Gospel of Nicodemus, and the Apocalypse of Peter, Ehrman demonstrates that ancient tours of the afterlife promoted reflection on matters of ethics, faith, ambition, and life’s meaning, the fruit of which has been codified into Christian belief today.

Bart D. Ehrman is the James A. Gray Distinguished Professor of Religious Studies at the University of North Carolina at Chapel Hill. He has written or edited thirty-three books, six of which were New York Times best sellers. He lives in Durham, NC.