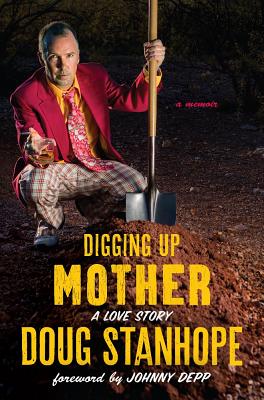 By Doug Stanhope, Johnny Depp (Foreword by)
Email or call for price
Hard to Find

Doug Stanhope is one of the most critically acclaimed and stridently unrepentant comedians of his generation. What will surprise some is that he owes so much of his dark and sometimes uncomfortably honest sense of humor to his mother, Bonnie. It was the cartoons in her Hustler magazine issues that molded the beginnings of his comedic journey, long before he was old enough to know what to do with the actual pornography. It was Bonnie who recited Monty Python sketches with him, who introduced him to Richard Pryor at nine years old, and who rescued him from a psychologist when he brought that brand of humor to school. And it was Bonnie who took him along to all of her AA meetings, where Doug undoubtedly found inspiration for his own storytelling.

Bonnie's own path from bartending to truck driving, massage therapy, elder abuse, stand-up comedy, and acting never stopped her from being Doug's genuine number one fan. So when her alcoholic, hoarding life finally came to an end many weird adventures later in rural Arizona, it was inevitable that Doug and Bonnie would be together for one last excursion.

Digging Up Mother follows Doug's absurd, chaotic, and often obscene life as it intersects with that of his best friend, biggest fan, and love of his life-his mother. And it all starts with her death-one of the most memorable and amazing farewells you will ever read.

Doug Stanhope is a veteran of over twenty-five years of stand-up comedy who has successfully dodged mainstream fame using his uncompromising brand of humor to build a cult-like following around the world. He tours extensively and has recorded over a dozen comedy specials. Stanhope resides in the US border town of Bisbee, Arizona, with pets who have people names, in an absurd relationship with his gal pal Bingo.

"In the first chapter of Digging Up Mother, [Stanhope] describes the death of his mother in the meticulous detail of someone fascinated by all things uncomfortable and taboo. While he talked about her in a previous stand-up special, this lucid account, deadpan but too impertinent to be called clinical, is even more harrowing and funny."

"In the first chapter of Digging Up Mother, [Stanhope] describes the death of his mother in the meticulous detail of someone fascinated by all things uncomfortable and taboo. While he talked about her in a previous stand-up special, this lucid account, deadpan but too impertinent to be called clinical, is even more harrowing and funny."
—Jason Zinoman, New York Times12/29/16
My Account • Sign In • Sign Out • Register
NEW & USED BOOKS
AUTHOR EVENTS • GIFTS
Tempe
6428 South McClintock Drive
480.730.0205
[Google Map]
10am-7pm daily
Trade Counter 11am-6pm daily