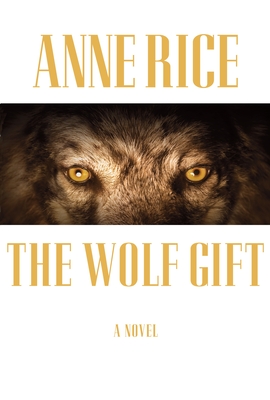 This is book number 1 in the The Wolf Gift Chronicles series.

The time is the present.

The place, the rugged coast of Northern California. A bluff high above the Pacific. A grand mansion full of beauty and tantalizing history set against a towering redwood forest.

A young reporter on assignment from the San Francisco Observer . . . An older woman welcoming him into her magnificent family home that he has been sent to write about and that she must sell with some urgency . . . A chance encounter between two unlikely people . . . An idyllic night—shattered by horrific unimaginable violence, the young man inexplicably attacked—bitten—by a beast he cannot see in the rural darkness . . . A violent episode that sets in motion a terrifying yet seductive transformation, as the young man, caught between ecstasy and horror, between embracing who he is evolving into and fearing what he will become, soon experiences the thrill of the wolf gift.

As he resists the paradoxical pleasure and enthrallment of his wolfen savagery and delights in the power and (surprising) capacity for good, he is caught up in a strange and dangerous rescue and is desperately hunted as “the Man Wolf” by authorities, the media, and scientists (evidence of DNA threatens to reveal his dual existence) . . . As a new and profound love enfolds him, questions emerge that propel him deeper into his mysterious new world: questions of why and how he has been given this gift; of its true nature and the curious but satisfying pull towards goodness; of the profound realization that there may be others like him who are watching—guardian creatures who have existed throughout time who possess ancient secrets and alchemical knowledge. And throughout it all, the search for salvation for a soul tormented by a new realm of temptations, and the fraught, exhilarating journey, still to come, of being and becoming, fully, both wolf and man.

ANNE RICE is the author of thirty-seven books. She died in 2021.

“Anne Rice has done it again.  In her latest novel, The Wolf Gift, the woman who single-handedly, reinvented the vampire genre puts her formidable talent to work rewriting ‘were-wolf’ lore and in the end succeeds magnificently.”


“[Rice] returns to the lushly evocative scenery and gothic atmosphere of her vampire novels with great success. . . her reimagining of a well-worn mythology is fresh and intriguing. Fans of Rice’s The Vampire Chronicles and The Lives of the Mayfair Witches series should delight in this new saga delivered in the author’s distinctive style. Part creation story, part love story, all excellent!”


“I want to howl at the moon over this…I devoured these pages…[A] terrific new novel. . . . The plot [is] magnetic, the characters fascinating, and Rice’s style as solid and engaging as anything she has written since her early vampire chronicle fiction.”
—Alan Cheuse, The Boston Globe


“Rice weaves her trademark meditations on the role of supernatural creatures in society into an often thrilling, page-turning yarn”


“[E]xciting tale of a contemporary werewolf. . . . Rice’s classic concerns regarding good and evil and shifting views of reality play out wonderfully in what will surely please fans and newcomers alike.”
—Publishers Weekly


“[O]ne part ‘Beauty and the Beast’ love story, one part meditation on morality and immortality, and one part superman tale. . . . Told in the memorable style that won Rice’s vampire series so many readers, The Wolf Gift is an intriguing new take on the classic werewolf legend…Rice deepens and gives nuance to classic werewolf lore.”
—Diana Pinckley, New Orleans Times-Picayune


“Anne Rice is back”
—Tirdad Derakhshani, The Philadelphia Inquirer


“[W]ritten with compelling modernity…The Wolf Gift is a strong—and welcome—return to the monster mythology that made Anne Rice famous.”
—Rob LeFebvre, Shelf Awareness


“With both thrilling acts of horror and a final act that is deeply based in the mythology of the Wolf Gift and its history --- and bordering on lycanthropic existentialism --- this novel opens readers up to a world they only thought they knew…The characters come alive, and the strange history of the Nideck family will jump off the page and enter the readers’ nightmares as Rice has found a new gothic saga to sink her teeth into.”
—Ray Palen, Bookreporter.com