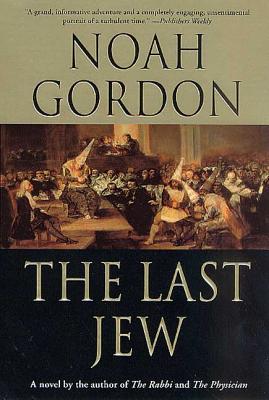 In the year 1492, the Inquisition has all of Spain in its grip. After centuries of pogrom-like riots encouraged by the Church, the Jews - who have been an important part of Spanish life since the days of the Romans - are expelled from the country by royal edict. Many who wish to remain are intimidated by Church and Crown and become Catholics, but several hundred thousand choose to retain their religion and depart; given little time to flee, some perish even before they can escape from Spain.

Yonah Toledano, the 15-year-old son of a celebrated Spanish silversmith, has seen his father and brother die during these terrible days - victims whose murders go almost unnoticed in a time of mass upheaval. Trapped in Spain by circumstances, he is determined to honor the memory of his family by remaining a Jew.

On a donkey named Moise, Yonah begins a meandering journey, a young fugitive zigzagging across the vastness of Spain. Toiling at manual labor, he desperately tries to cling to his memories of a vanished culture. As a lonely shepherd on a mountaintop he hurls snatches of almost forgotten Hebrew at the stars, as an apprentice armorer he learns to fight like a Christian knight. Finally, as a man living in a time and land where danger from the Inquisition is everywhere, he deals with the questions that mark his past. How he discovers the answers, how he finds his way to a singular and strong Marrano woman, how he achieves a life with the outer persona of a respected Old Christian physician and the inner life of a secret Jew, is the fabric of this novel. The Last Jew is a glimpse of the past, an authentic tale of high adventure, and a tender and unforgettable love story. In it, Noah Gordon utilizes his greatest strengths, and the result is remarkable and moving.

Noah Gordon has had outstanding international success, selling in Germany alone more than eight million copies of his trilogy The Physician, Shaman, and Matters of Choice. The Society of American Historians awarded him the James Fenimore Cooper Prize for Shaman as the best historical novel of 1991/1992.  He was also voted "Novelist of the Year" by the readers of the Bertelsmann Book Club, and twice, in 1992 and 1995, he won the Silver Basque Prize for Spain's bestselling book. An earlier book, The Rabbi, was on the New York Times Bestseller list for 26 weeks.  Noah Gordon lives with his wife in Brookline, Massachusetts.