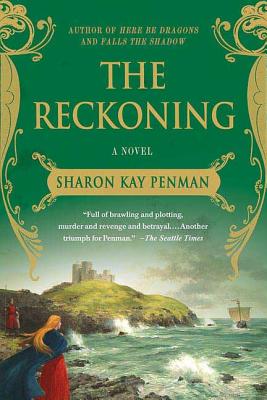 This is book number 3 in the Welsh Princes Trilogy series.

"Penman's characters are so shrewdly imagined, so full of resonant human feeling that they seem to breathe on the page." —San Francisco Chronicle

"Never forget, Llewelyn, that the world's greatest fool is a Welshman who trusts an English king."

His father's words haunt Llewelyn ap Gruffydd, Prince of Wales, who has been ruling uneasily over his fractious countrymen. Above all else, Llewelyn fears that his life and his own dream—of an independent, united Wales—might be lost to Edward I's desire to expand his English empire.

Alive from the pages of history, this is the hauntingly beautiful and compelling tale of a game poised to play itself out to its bloody finale as English and Welsh cross swords in a reckoning that must mean disaster for one side or the other.

For anyone who has ever wanted to experience the rich tapestry of British history and lore, this bold and romantic adventure must be read.

For many years while she was a student and then a tax lawyer, Sharon Kay Penman (1945-2021) worked on a novel about the life of Richard III and The War of the Roses. After the original manuscript was stolen from her car, Penman rewrote the entire novel that would become The Sunne in Splendour.

Penman is the author of ten critically acclaimed and New York Times best selling historical novels and four medieval mysteries featuring Justin de Quincy. The first book in the series, The Queen's Man, was a finalist for an Edgar Award for Best First Mystery from the Mystery Writers of America.

“Packed with bold adventure, high romance, and large characters whose acts of bravery, self-sacrifice, brutality and treachery are part of history.” —James Goldman, author of The Lion in Winter

“Full of brawling and plotting, murder and revenge and betrayal. . . . Another triumph for Penman.” —The Seattle Times