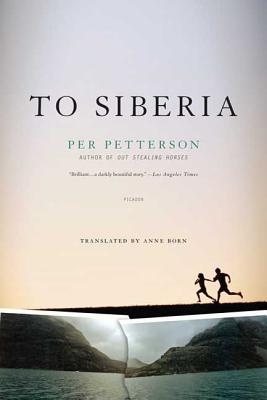 I was fourteen and a half when the Germans came. On that 9th April we woke to the roar of aeroplanes swooping so low over the roofs of the town that we could see the black iron crosses painted on the underside of their wings when we leaned out of the windows and looked up.


In this exquisite novel, readers will find the crystalline prose and depth of feeling they adored in Out Stealing Horses, a literary sensation of 2007.

A brother and sister are forced ever more closely together after the suicide of their grandfather. Their parents' neglect leaves them wandering the streets of their small Danish village. The sister dreams of escaping to Siberia, but it seems increasingly distant as she helplessly watches her brother become more and more involved in resisting the Nazis.

“Reading a Petterson novel is like falling into a northern landscape painting--all shafts of light and clear, palpable chill. ” —Time Magazine

“To Siberia succeeds in one of the greatest aims of fiction, to transport us to another time and place that makes us see our world with clearer vision, and to recognize the similarities and differences of human nature across time and distance.” —The Dallas Morning News

“Coaxes readers into a sphere of loneliness with the precise prose and keen intellect of a masterful writer. ” —Star-Tribune (Minneapolis)

“Petterson's writing is so exact and piercing that, like poetry, it distills [the narrator's] experiences and feelings into imagery that is powerful beyond words. The effect is beautiful and moving, letting the reader connect with the character's vitality and reflect on life with the same fullness and serenity that she does.” —The Seattle Times

“Striking . . . Petterson creates a surprising range of effects, from the silvery surfaces of childhood memories to the twilight depths of shadows falling.” —The Boston Globe