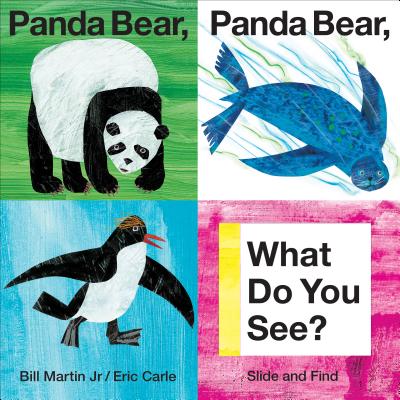 The author-illustrator team turns their talents to the theme of animal conservation, introducing children to some of the world's most endangered species through Bill Martin Jr's rhythmic, repetitive text and Eric Carle's vibrant images. This Priddy edition is a great way to make story time interactive – on each spread, there is a sliding door for children to open, so they can discover for themselves what the next animal in this engaging story will be.

Encourages multiple early learning skills, including word/picture association, hand-eye coordination, and helps children to learn about the world around them.

“Another standout from the creators of a line of perennial favorites.” —Publishers Weekly, starred