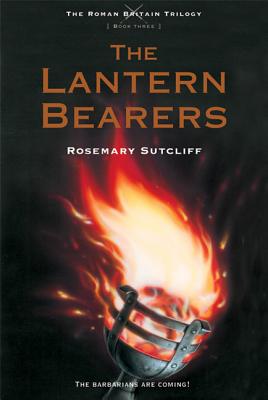 This is book number 3 in the The Roman Britain Trilogy series.

Rosemary Sutcliff's The Lantern Bearers is the winner of the 1959 Carnegie Medal in Literature.

The last of the Roman army have set sail and left Britain forever, abandoning it to civil war and the threat of a Saxon invasion. Aquila, a young Legionnaire, deserted his regiment to stay behind with his family, but his home and all that he loves are destroyed. Years of hardship and fighting follow, and in the end, there is only one thing left in Aquila's life—his thirst for revenge . . .

“A spellbinding historical adventure . . . Smoothly written, fast-paced, remarkable in the atmosphere it evokes.” —The Bulletin of the Center for Children's Books