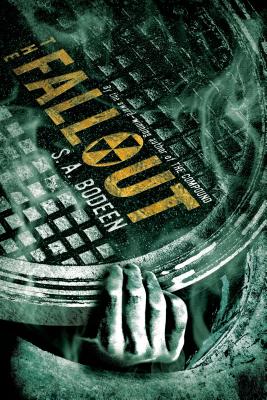 By S. A. Bodeen
Email or call for price
Hard to Find

This is book number 2 in the The Compound series.

Eli and his family lived in an underground shelter they called the Compound for six years. They thought they were the only survivors of a nuclear attack, but when Eli learned that it was all a twisted experiment orchestrated by his tech-visionary father, he broke the family out. His father died trying to keep them imprisoned.

Now, the family must readjust to life in the real world. Their ordeal has made them so famous, they must stay in hiding—everyone from fatalists preparing for doomsday to the tabloid media wants a piece of them. Even worse, their father's former adviser continues to control the company Eli and his twin brother are the heirs of.

As Eli tries to determine who the family can trust, he learns the nightmare of the Compound—and his father's experiment—might not be over. The Fallout is S.A. Bodeen's highly anticipated, thrilling sequel that will keep readers on the edge of their seats.

S. A. Bodeen is the author of The Garden and The Compound, which earned her an ALA Quick Pick for Young Adults, a Bank Street Best Children's Book of the Year, and a Publishers Weekly "Flying Start." She is also the author of several picture books, including Elizabeti's Doll, winner of the Ezra Jack Keats Award. Bodeen grew up on a dairy farm in Wisconsin. Her first friends were cows, which she named after characters in books. From there she went on to be a Peace Corps volunteer in East Africa, and has lived in seven states, as well as a remote Pacific island. She adores books and is a big fan of cheese. She lives in Oregon.