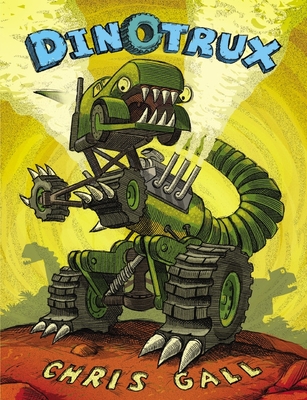 By Chris Gall
$18.99
Not Available In-Store - Usually Ships from Warehouse in 1-5 Days

The original, rip-roaring mash-up of dinosaurs and trucks that inspired the Netflix TV series!

Look out for a fold-out surprise at the end! And when you're done, check out the next books in the Dinotrux series, Revenge of the Dinotrux and Dinotrux Dig the Beach.


* "This title will be hard to keep on the shelves."— School Library Journal, starred review


* "Dinotrux ruled their world, now they're likely to rule this one too. Bellow on!"— Kirkus Reviews, starred review