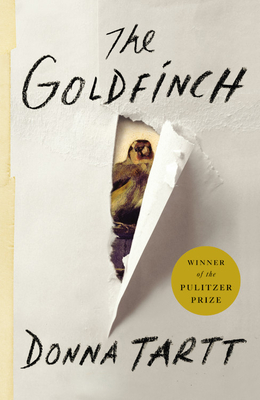 A young New Yorker grieving his mother's death is pulled into a gritty underworld of art and wealth in this "extraordinary" and beloved Pulitzer Prize winner from the author of The Secret History that "connects with the heart as well as the mind" (Stephen King, New York Times Book Review).

Theo Decker, a 13-year-old New Yorker, miraculously survives an accident that kills his mother. Abandoned by his father, Theo is taken in by the family of a wealthy friend. Bewildered by his strange new home on Park Avenue, disturbed by schoolmates who don't know how to talk to him, and tormented above all by a longing for his mother, he clings to the one thing that reminds him of her: a small, mysteriously captivating painting that ultimately draws Theo into a wealthy and insular art community.

As an adult, Theo moves silkily between the drawing rooms of the rich and the dusty labyrinth of an antiques store where he works. He is alienated and in love — and at the center of a narrowing, ever more dangerous circle.

The Goldfinch is a mesmerizing, stay-up-all-night and tell-all-your-friends triumph, an old-fashioned story of loss and obsession, survival and self-invention. From the streets of New York to the dark corners of the art underworld, this "soaring masterpiece" examines the devastating impact of grief and the ruthless machinations of fate (Ron Charles, Washington Post).

"Dazzling....[A] glorious, Dickensian novel, a novel that pulls together all Ms. Tartt's remarkable storytelling talents into a rapturous, symphonic whole and reminds the reader of the immersive, stay-up-all-night pleasures of reading."—Michiko Kakutani, New York Times

"The Goldfinch is a rarity that comes along perhaps half a dozen times per decade, a smartly written literary novel that connects with the heart as well as the mind....Donna Tartt has delivered an extraordinary work of fiction."—Stephen King, The New York Times Book Review

"A long-awaited, elegant meditation on love, memory, and the haunting power of art....Eloquent and assured, with memorable characters....A standout-and well-worth the wait."—Kirkus Reviews (starred review)

"Where to begin? Simply put, I'm indescribably jealous of any reader picking up this masterpiece for the first time. And once they do, they will long remember the heartrending character of Theo Decker and his unthinkable journey."—Sarah Jessica Parker for Goop