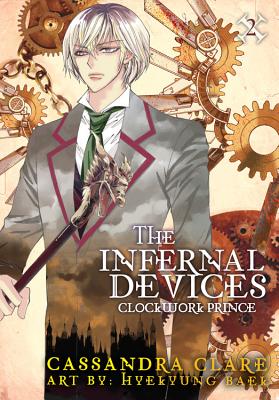 This is book number 2 in the The Infernal Devices series.

Tessa Gray has found friends among the Shadowhunters, supernatural protectors of mankind who possess angelic blood. But Tessa's new life is threatened when some members of the Clave challenge Charlotte's leadership and pressure her to resign. If Charlotte is forced out, Tessa will have to leave as well, making her easy prey for the still-at-large Magister! Will and Jem are determined not to let this happen, but sometimes danger comes from where it's least expected...

Cassandra Clare vaulted onto the publishing scene with her first YA novel, City of Bones, and has published three other bestselling novels in The Mortal Instruments series. First published in August of 2010, Clockwork Angel marked the first installment of Cassandra's The Infernal Devices trilogy and debuted at #1 on the New York Times list.