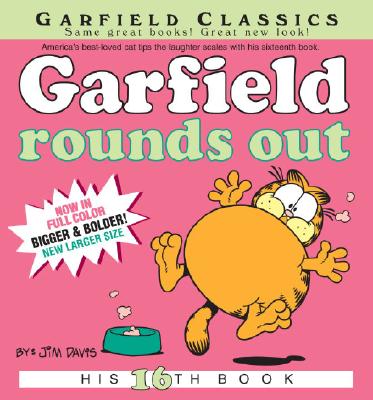 This is book number 16 in the Garfield series.

On a diet or swallowing a lasagna whole, he's still the same lovable Garfield. Getting in over his scruffy neck and sassing his way back out again, this is one scrappy cat who knows how to have fun.