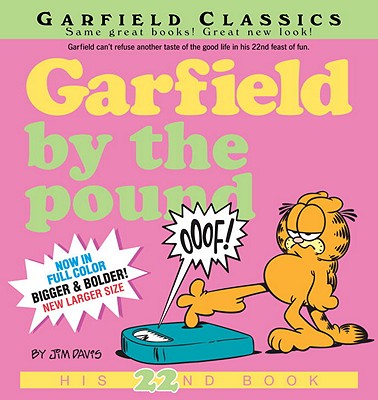 This is book number 22 in the Garfield series.

The perfect holiday gift for fans of the lasagna-loving legend!

Garfield, the furry food processor, is back for another helping of tastefully outrageous fun! And America's most-famished feline is breaking all records for mealtime mayhem! Whether he's snatching a snooze, drop-kicking the dog, or discovering the joys of a simple tummy scratch, Garfield always knows where his next nibble is coming from. If you're hungry for laughter, you'll eat him up. Pound for pound, there's no funnier cat around!