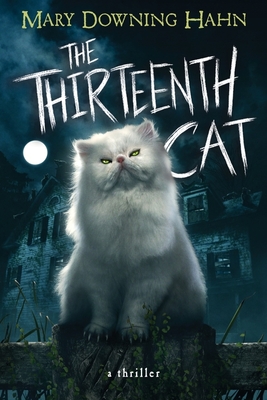 From master of middle grade horror Mary Downing Hahn, a new thriller about bravery, unexpected friendship, and sinister cats that will captivate readers with its chilling mix of mystery and magic.

Zoey loves spending the summer with her Aunt Alice, and her aunt's new house is the perfect place to cozy up with a good book. But she's unnerved by the overgrown forest next door, which is creepy even in the daytime and full of eerie sounds at night.

Worse, there are rumors in town of a dark force in those woods. And Zoey can't deny that the wild black cats who live there seem to be watching her.

When she encounters a mean old woman who claims to be their owner, Zoey realizes there's more to the cats than meets the eye. But little does she know that the closer she comes to discovering their secret, the more danger she's in . . .

Mary Downing Hahn’s many acclaimed novels include such beloved ghost stories as Wait Till Helen Comes, Deep and Dark and Dangerous, and Took. A former librarian, she has received more than fifty child-voted state awards for her work. She lives in Columbia, Maryland, with a cat named Nixi.

"Horror maven Hahn conjures up another heart-pumping read for the younger set that strikes the right balance between thrills and chills."—Booklist —