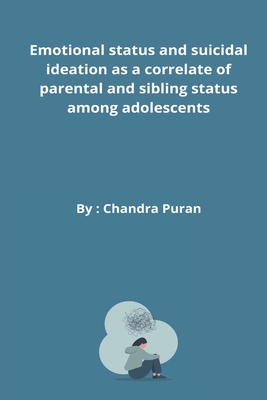 The health of the adolescents is of great importance for the future of societies. In this context,

the suicide rate is a sensitive measure of psychological and social state. As a consequence,

world because an examination of the suicide rate, worldwide, of young adults may reveal

something of their well-being. Suicide remains such an enigma that the reasons for so many

adolescents and young adults choosing to take their own life are unclear. The first act of suicide

possibly happened before the beginning of written records. In order to explore the history of

suicide with any understanding, one must have some conception of the prevailing taboos and

attitudes toward this behavioural phenomenon. Traditionally, society's attitudes to suicide and

the suicidal act divulge a wide range between a coherent one of acceptance, an irrational one

of superstition and a hostile one of punishment. Realizing the gravity of the phenomenon of

suicidal behaviours, the World Health Organisation (WHO) has identified suicide as an

increasingly important area of public health, and has issued guidelines to member state in order

to develop and implement co-ordinated, comprehensive, national and international strategies

people was about 10.7 in 1998, according to the world Health Organisation.

Adolescents: Both boys and girls in the age group of 15 to 18 years were included in the study.

Suicidal Ideation: Any self-reported thoughts of engaging in suicide-related behaviour.

Stressful life events: In the study it refers to events or changes that happened in the

Denotes to actions taken by one who is seeing or preparing to cause his/ her own death. Defined

as an obsession or act that is attentive on causing one's own death voluntarily,