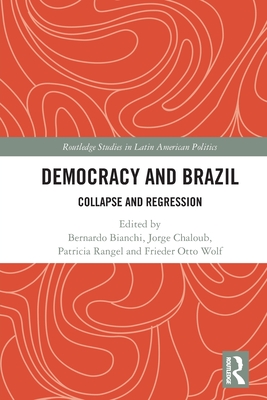 The relative political stability that characterized domestic politics in the 2000s ended with the sudden emergence of a series of massive protests in 2013, followed by the controversial impeachment of Dilma Rousseff in 2016 and the election of Jair Bolsonaro in 2018. In this new, more conservative period in Brazilian politics, a series of institutional reforms deepened the distance between citizens and representatives. Brazil's current political crisis cannot be understood without reference to the continual growth of right-wing and ultra-right discourse, on the one hand, and to the neoliberal ideology that pervades the minds of large parts of the Brazilian elite, on the other. Twenty experts on Brazil across different fields discuss the ongoing political turmoil in the light of distinct problems: geopolitics, gender, religion, media, indigenous populations, right-wing strategies, and new forms of coup, among others. Updated analyses enriched with historical perspective help to illuminate the intricate issues that will determine the country's fate in years to come.

Democracy and Brazil: Collapse and Regression will interest students and scholars of Brazilian Politics and History, Latin America, and the broader field of democracy studies.